What the heck is a GAN?

Disguised as a human, a cyborg assassin travels from the future. Sent to stop the assassin, a time traveler also arrives from the future and divulges the coming of an artificial intelligence system that will spark a nuclear holocaust.

If that sounds familiar, it should - it’s the plot from the first Terminator movie. And if that were to happen, a recent (and true) development in AI may be at fault. Called generative adversarial network or ‘GAN’ for short, these machine learning networks were first released in 2014 - so if you have never heard of them before, you are not alone.

So what makes this recent innovation in artificial intelligence so unique that it might just become the killer machine next door?

What the heck is a GAN?

A GAN comprises two neural networks that compete and learn from each other in a zero-sum game. According to Machine Learning Mastery, GANs use two sub-models: the generator model makes new examples, and the discriminator model that tries to classify examples as either real or fake (generated). We train the two models together in a zero-sum game, adversarial, until we fool the discriminator model about half the time, meaning the generator model is generating plausible examples.

We can use GANs for innocuous tasks such as stimulating hand-writing, like this video below shows.

They can also make deep fake images, which are very difficult to detect and eliminate.

GANs are readily becoming accessible by those without a deep technical background, so instances where someone abuses this technology will multiply. Any organization that deals with risk should put GANs on their watch list both because of their business and malicious applications.

While GANs may build Skynet in the future, in the near term, there are quite a few actuarial uses for them. Therefore, it may be worth looking into if your organization has a data science team when you need more data to model something but might not have enough data on hand.

GANs provide unknown risks for insurance organizations, especially around claims processing and cyber insurance. Many organizations have established a process for policyholders to submit claim information, including images, directly to the carrier or brokers. These images can now be doctored in such a way to make them indistinguishable from the real thing to the naked eye. So organizations will need to adopt mechanisms to flag GAN-generated images. For cyber insurance, GANs pose a new frontier in understanding what sort of liability can come from GANs and underwrite the risk accordingly.

Over the next decade, GANs will become common as the technological barrier to using them gets smaller. Eventually, they will become an average consumer technology, embedded in everything from healthcare diagnostic equipment to smartphones. As the evolution marches forward, insurance professionals would do well to learn more about this technology, so that they are always one step ahead of the curve. 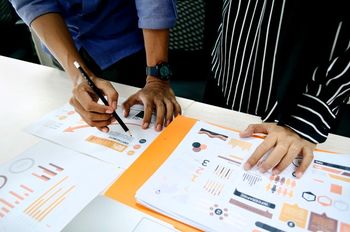 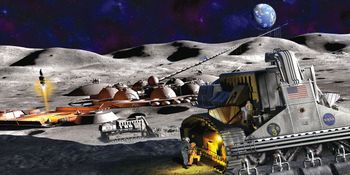 How to Insure a Lunar Mining Operation